The ICC wants cricket at the Olympics

The ICC wants cricket at the Olympics 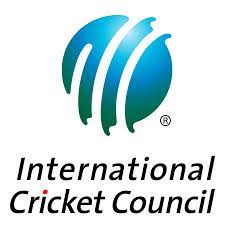 The ICC wants cricket to be included in the Olympics from 2028 onwards, which will be held in Los Angeles.

The sport’s governing body has been lobbying for cricket’s inclusion in the Summer Games for some time, and they have the backing of the world’s richest cricket board, the BCCI.

Now an Olympic Working Group has been formed which will work on preparing a formal proposal for the game’s inclusion starting in seven years’ time.

Cricket has more than a billion fans generally, and polls suggest that almost 90% of them support the sport featuring at the Olympics.

And whilst the fan base is skewed towards South-East Asia, there is also growing support in the USA, where the 2028 Olympics will be staged. Initially introduced to the US by the diaspora from the Indian sub-continent, interest in the game has spread among the native population as well, and it is now estimated that the sport is followed by some 30 million people in the US.

At the same time, the ICC recognises that it is not a foregone conclusion that cricket will earn its place at the sporting table.

For a sport or discipline to be included in the Olympic programme is needs to be widely practiced around the world, and the benchmark that is used is the number of countries that compete in it. And more stringent conditions are applied to men’s disciplines than women’s.

This may prove a stumbling block for cricket, which is still limited to a number of countries at the elite level, although arguably when the associate members are considered, there is more global coverage of the sport.

However, cricket at the Olympics is not without precedent. It was originally due to be included in the inaugural 1896 Games but was dropped because there were insufficient entries.

However, it did form part of the 1900 Olympics staged in Paris, but only two countries competed, Great Britain and France. Britain, with a team made up largely of expatriates, won the match which lasted over two days.

Based on that experience, cricket was again scheduled for the following Games in St. Louis but was eventually dropped.