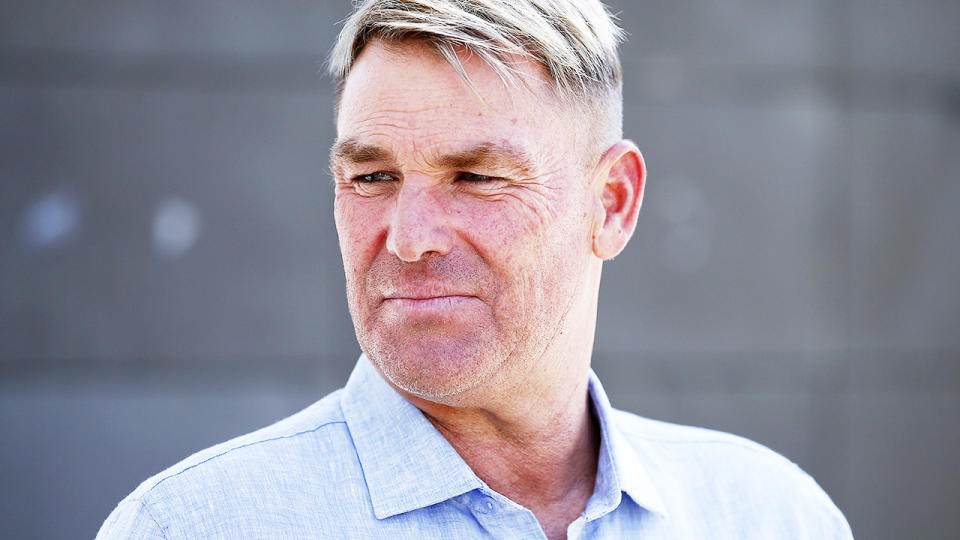 Legendary Australian leg spinner Shane Warne has tested positive for Covid-19. He is now in self-isolation.

Warne is currently in the UK where he is head coach of the Hundred franchise London Spirit. It has been revealed that another unnamed member off the management team there ahs also had to go into quarantine.

Warne first reported feeling unwell on Sunday morning, ahead of his side s clash at Lord’s with Southern Brave.

As a result, he took a lateral flow test and that returned a positive result. He is now awaiting the outcome of a more accurate PCB test.

None of the playing staff of the Spirit have tested positive as yet.

Warne is the second head coach of the Hundred to test positive since the inaugural competition began at two weeks ago.

Andy Flower, the head coach of the Trent Rockets, also returned a positive result last weekend and has had to miss this side’s last three fixtures, Paul Franks taking over his role on a temporary basis.

Steven Mullaney is the only player so far to have been ruled out of the competition after being forced to self-isolate. He was deemed to have been a close contact of Flower’s.

Under his tenure, London Spirit had gone winless in their first three games, with two defeats, whilst one game was declared a no result after it was rained off.

And things did not improve in his absence on Sunday afternoon, as they lost to the Southern Braves by four runs.

Earlier in the day, the Braves women’s team had also won their match against the Spirits’ equivalent by the same margin.

That win took Southern Brave to the top of the women’s table, where they head the Northern Super Chargers and the Oval Invincibles. London Spirit are down in seventh place.

However, they are still doing better than their men’s team who are currently propping up the table.

That is led by the Trent Rockets followed by the Manchester Originals, with a clutch of teams on four points each – Welsh Fire, Birmingham Phoenix, and Southern Brave.

The competition continues all this week.